This page is a quick visual reference to the various locations throughout Calhoun County. None of these maps have historical value, but they will help orient you to the county and its various locales, current and historic.

These maps were created by Tyler Rasmussen using data from 2011 and 2010 US Census TIGER/Line® Shapefiles. 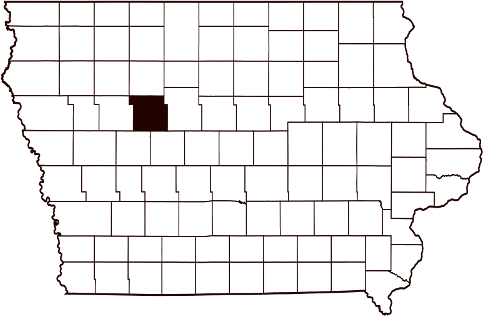 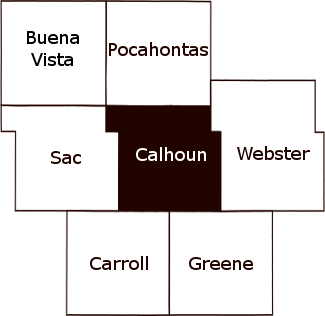 Calhoun County was formed on January 15, 1851 as Fox County. It was renamed to Calhoun County in 1853 after John C Calhoun, former US Vice President. According to histories, the first European-descent settlers did not arrive until 1854. 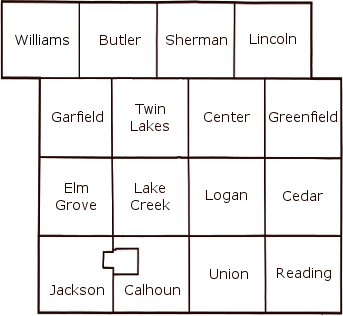 Townships are roughly six miles square each. To figure out a section number, start in the northeast (top right) corner and count from one to six going east to west (right to left), one number for each mile section. Then go south (down) a mile, and, starting at seven, count from west to east (left to right) up to twelve. Continue winding back and forth in the township until you reach section thirty-six in the southeast (bottom right) corner.

Looking for towns in other counties? Try the IAGenWeb Communities page. 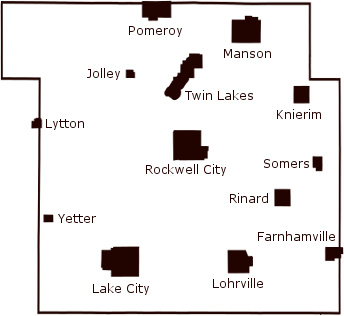 The following locales are incorporated locations in Calhoun County:

Also included on the map above is Twin Lakes State Park in Sherman and Twin Lakes townships.

Locations on this map are estimates. Some locations were provided by the US Geological Survey database. 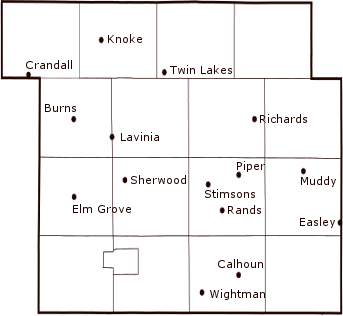 The following locales are not incorporated. Some continue to be populated; others no longer exist. Not all locales can be verified, but all come from historical records. Many of the note dates come from secondary sources. 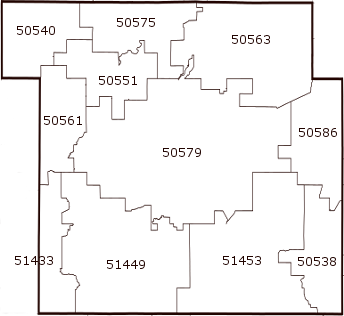 The following postal/zip codes are located in Calhoun County:

Rural parts of the following locales are or once were located in other counties: