In a letter written by Sharon Fink Boysen, there is an account of the life and service to the church by Lovicie Morris. "From Lovicie Morris came a sense of dedication to the church in small, as well as large matters. Lovicie was single all her life and gave unselfishly to the church. She served as Sunday School superintendent, pianist at the worship services, adult leader of the youth group and church janitor." Her services were largely taken for granted and no one realized how wide her services were until she passed away in 1959 at the age of seventy-seven. I often wonder how much gratitude was given to her by the congregations that passed before her eyes over the years." (14) It was Lovicie who rang the bell announcing the start of the Sunday morning worship service. Lovicie's sister Nellie married a Methodist Minister William C. Lee and they lived in Minnesota.

In the early 50's Leslie Childress served as lay leader of the congregation whenever the minister was going to be absent (4). Erland Larson became the custodian of the building and continued to perform this function until the early 1970's.

On April 1, 1953 Albert Winey was assisting with some of the repair work at the church when he suffered a fatal heart attack and died at the church. Albert had been a member of the church for 38 years and superintendent of the Sunday School for 25 years, as well as an official board member. His wife Ethel was a devout member and provided the articles used for Holy Communion.

On occasion, the minister was a student pastor, as was Roger Swanson seen here in the photo below in his painting clothes with a rake in his hand. There is a ladder in front of the church, perhaps the student ministerial duties extended beyond that of preaching. 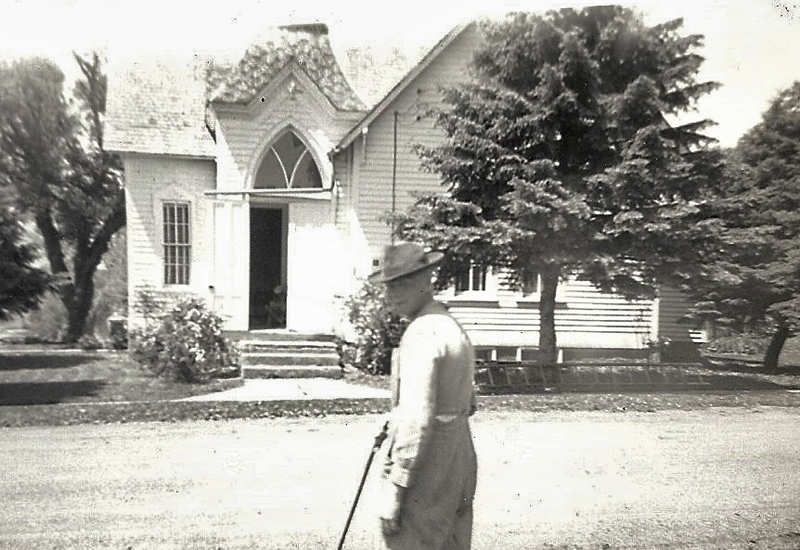 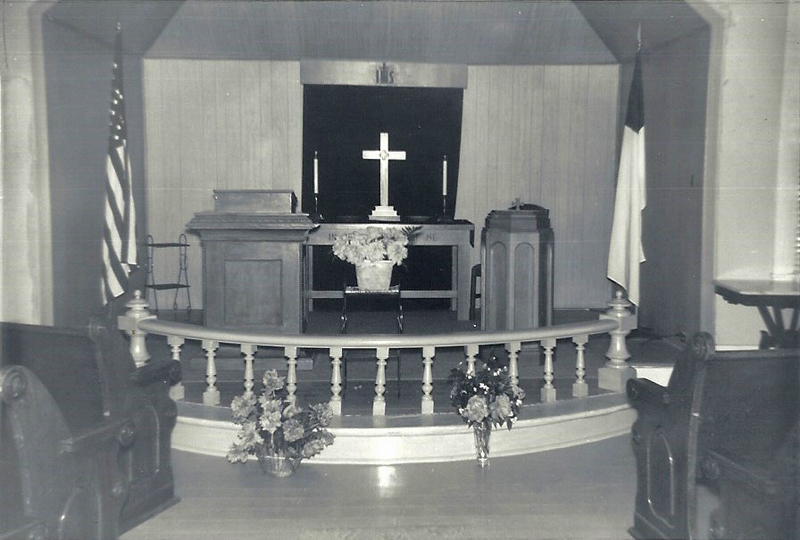 Alter all the work by Reverend Reth and men (1963). Photo complements of LeRoy and Clara Winey by Mary Winey Mays. 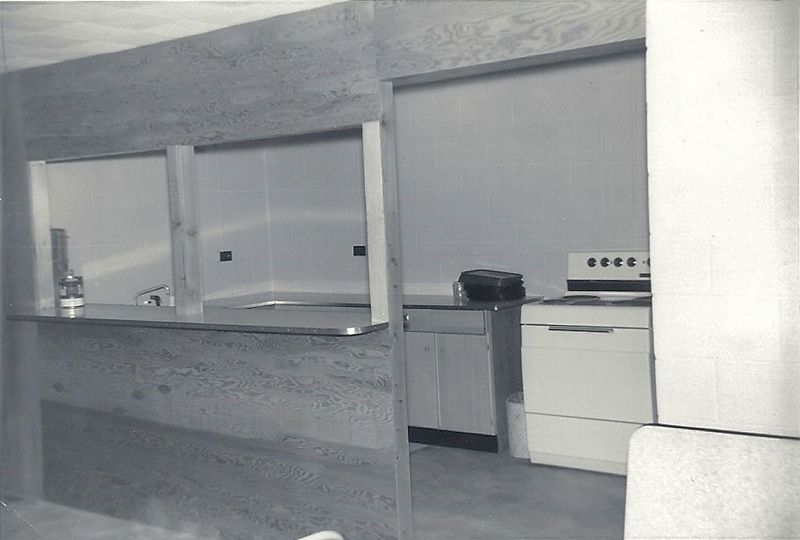 The church basement after work done by Reverend Reth and men (1963). Photo compliments of LeRoy and Clara Winey by Mary Winey Mays.

Reverend Melvin Reth, much like Reverend Clift was remembered for his enthusiasm for the restoration of the building. He was as energetic and skillful with saws and hammers as he was providing for the ministerial needs of the parishioners.

In the 1950's, Clarence Lane who worked for the railroad suggested the church men farm the railroad right-of way north of Deloit. A lease from the Illinois Central Railroad company was issued for one year (1965-1966) for a sum of $25.00 in rent. The lease was signed by Leslie Childress, Don Fink and Eldridge L. Winey. The church men later farmed land belonging to Alfred Lingle south of Deloit. The money from crops greatly helped the church budget. Those that farmed the land were Robert Crampton, Alfred Stehr, Don E. and Don D. Fink, LeRoy Winey, Leslie Childress and Eldridge Winey.

No information found regarding the activities of the church for this decade. 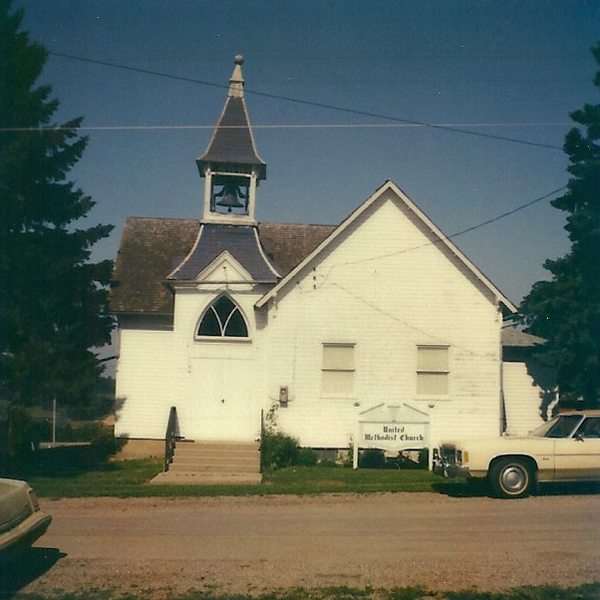 From a letter sent to former members and friends of the Deloit United Methodist Chuch by Sharon Fink Boysen on May 8, 1983 "This year, 1983, is the 100th anniversary of the building of our sanctuary. We are planning a church reunion to commemorate the occasion. You are invited to join us in our celebration which will be held on Sunday, June 26, 1983, at the Deloit Park. We will share in a potluck meal at 12:00 noon followed by a worship service at 2:00 p.m." An addition she adds "Our present pastor is Reverend Dennis Bailey; however, he is moving to a Marshalltown church in June and will be replaced by the Reverend James Hampton. The Deloit church is now part of a three-point charge with the United Methodist Churches in Charter Oak and Ute with the pastor residing in Charter Oak". (15)