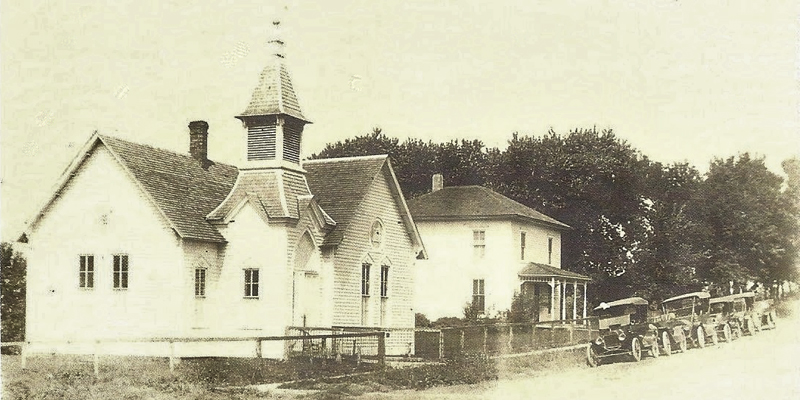 From the "Iowa Gen Web site Denison Review Histories" we get a glimpse of the activity of the church in this decade, "At the M. E. Church with Rev. Ralston as pastor, meetings are held every Sabbath, Sunday school is at 10:00, preaching at 11:00 and 7:30 on Sunday, prayer services on Thursday evening and Religion Tuesday evening". "The Ladies Aid Society of the M.E. church though their efforts helped a great deal financially." (10) Deloit and Boyer support a Methodist church with Reverend Wahl as pastor in 1911. (2 p. 373-374) The Epworth League remained active hosting an ice cream social and an oyster supper and presenting programs and assisting with services at the church.

According to the handwritten notes located with the archivist from the Iowa Methodist Conference, the church was remodeled during the 1919-1920 time period. Two pastors are of note for this decade; Reverend John L. Ralston and Reverend J. P. Allen. Reverend Ralston served from 1914 until October of 1916 at which time Reverend J. P. Allen arrived.

Reverend Ralston conducted revival meetings in Boyer as well as in Deloit in 1916. The revival meeting in Deloit commenced on April 6th 1916 and continued to Easter Sunday, which in 1916 would have been April 23rd. There was a gospel team in charge for part of the week and Dr. Torbet, the district superintendent, was in charge for the remainder of the week. Preaching was conducted for part of the week by Reverend Boyd from Denison. (11) In May, Reverend Ralston preached a special sermon for the children of the M.E. Church and in June a children's day program was held at the church on a Sunday morning that consisted of music, recitation and the pastor's address. The account in the Deloit news of the Sunday program quotes "that the program was well rendered and a good sized crowd was present." (11)

Reverend Allen arrived in Deloit in December of 1916 at which time he and Mrs. Allen directed a Christmas cantata prepared by the children of the church. He, like Reverend Ralston, appears to have taken an avid interest in children, as "Reverend Allen of the M.E. church, visited the school last Tuesday morning giving the pupils of the different rooms a very entertaining talk on education." (11) In June of 1917 another Children's Day program was presented, as well as a patriotic program in July. (12) In addition to his ministerial duties he also came highly recommended as a piano tuner. Moreover, his daughter was a music instructor and was willing to make her home in Deloit if she could secure enough music pupils. (12)

In 1929, for the three summer months, the Ladies Aid Society, later called the WSCS (Women's Society of Christian service) and still later the UMW (United Methodist Women) served homemade ice cream and cake at True's (the owner of a local store) lawn on Wednesday evening (an open store night) and the money that was raised was used to purchase flowers for funeral services. (4)