Mass of Christian Burial will be 11:00 a.m., Thursday, February 2, 2012, at the St. Wenceslaus Catholic Church in Spillville, IA, with Rev. Donald Hawes presiding. Burial will be in the church cemetery.

Friends may call from 3:00  7:00 on Wednesday at the Balik Funeral Home in Spillville there will also be visitation after 9:30 at the Funeral Home on Thursday.

Lester Bernard Lechtenberg was born on November 11, 1948, the son of Lawrence and Thecla (Gerleman) Lechtenberg in New Hampton, Iowa. Lester graduated from Rudolphium High School in Protivin, IA in 1966. He served in the US Marine Corps from 1966-69. Lester worked at Camcar, now Infastech in Decorah from 1970-present, as a sales representative, and he was always proud to be the only rooster in the hen house. Lester married Donna Novak on November 21, 1970 at Holy Trinity Catholic Church in Protivin, IA. To this union three children were born: Dana, Heather and Dustin. Lester enjoyed golfing, especially Holy Thursday nights with his brother Leon. He was a VERY competitive card player and would never pass up a good game of 500. Lester loved his Iowa Hawkeyes and had but one wish in his life  to see his Minnesota Vikings win a Super Bowl. A very unselfish man, Lester was seen many places volunteering his time - at South Winn Sport events as a member of the Chain Gang at football games and also operating the clock during basketball games, served on the Spillville City Council, a First Responder, and assistant Boy Scout Leader. He was a member of St Wenceslaus Catholic Church and the Clarence Bily American Legion Post #467.

Lesters greatest joy in life was his family, especially his six little buddies. Nothing put a bigger smile on his face than hearing the word Papa being yelled out of one of their mouths.

Lester was preceded in death by his parents: Lawrence and Thecla Lechtenberg. His father and mother-in-law: James and Marie (Haskovec) Novak. One nephew in infancy: Scott Lechtenberg. 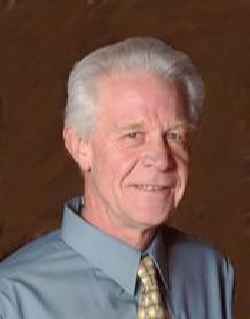