Mass of Christian Burial will be held at 11:00 a.m., Monday, March 19, 2012, at St. Wenceslaus Catholic Church in Spillville, IA, with Rev. Donald Hawes presiding. Burial will be in the church cemetery.

Rudolph William Humpal was born May 2nd, 1924, the 5th son of James & Christina (Phillips) Humpal of Ridgeway, IA. He attended the Country School in Conover, IA for 8 years and high school for 1 year in Spillville, IA. In February, 1945, Rudolph entered into the service at Ft. Bliss, TX, where he received training for twelve weeks then went overseas to Breman, Germany where he was an MP Patrol for American Supplies. He returned home in February, 1947. Rudolph married Rita Luzum, daughter of William & Leona (Schissel) Luzum of Calmar, IA on September 16, 1947 at St. Aloysius Church in Calmar. To this union seven children were born. Rudolph & Rita farmed for over 40 yrs. near Ridgeway and close to the home farm and several brothers until they moved to Decorah, IA. Rudy worked for Gemini, Inc. in Decorah for over 20 yrs. until he retired at age 86 in 2011. Rudy & Rita shared a love of dancing and were regulars at the Inwood Ballroom and enjoyed their many Polka Trips to Gibbon, MN with friends. Rudy was a member of St. Wenceslaus Catholic Church in Spillville and St. Benedicts Catholic Church in Decorah. He was also a proud member of the Clarence Bily American Legion Post #467, in Spillville, IA. 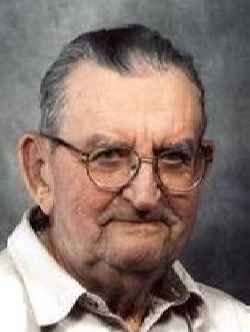