Mass of Christian Burial will be held at 10:00 a.m., Wednesday, September 23, 2009, at St. Aloysius Catholic Church in Calmar, Iowa, with Rev. Donald Hawes presiding. Burial will be in the church cemetery.

Melvin was preceded in death by his parents: Leonard and Cecelia (Klimesh) Humpal. Two sons: John in 1951 and Mark in 1987. One brother: Virgil (Virginia) Humpal. One brother-in-law: Rufus Holthaus. His father and mother-in-law: Frank and Zephie Jirak. 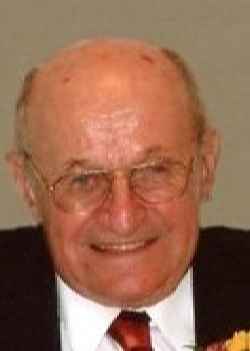