Mass of Christian Burial will be 10:30 a.m., Wednesday, August 11, 2010 at the St. Benedicts Catholic Church in Decorah, IA, with Father Phillip Gibbs presiding. Burial will be in the St. Aloysius Cemetery in Calmar, IA.

The family suggests that memorials may be given in memory of Marjorie Humpal to the North East Iowa Community Action Corporation, P.O. Box 487, Decorah, IA 52101.

Marjorie Ann (Still) Humpal was born on October 4, 1921, the daughter of John and Hilda (Olson) Still in Cresco, Iowa. Marjorie attended rural country schools near Protivin, Iowa. She married George Humpal on September 1, 1942, at Holy Trinity Catholic Church in Protivin, Iowa. Together they farmed near Calmar until 1976, when they retired from farming. Marjorie continued to work at the Cliff House, Aase Haugen Nursing Home and at Luther College in Food Service, until 1999. Marjorie was a wonderful cook and baker, making wonderful meals for her family. She was an avid Chicago Cubs fan. She enjoyed crocheting and traveling and flying to destinations to visit. Over the years, Marjorie loved and enjoyed being an adoptive member of the Leon and Gloria Bockman family, along with their children: Jason, Jeremy, Jamie and Julie, their spouses and children. Marjorie was a member of St. Benedicts Catholic Church and the Catholic Daughters of America in Ossian, IA. She was an active volunteer at North East Iowa Community Action Corporation, where she always brought her famous egg salad sandwiches and cookies to share. 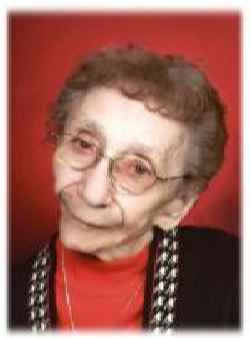