Marcella Humpal, age 87, of Spillville, IA died Sunday, August 7, 2011 at her daughter Shirleys home in Spillville after a short illness.

Visitation will be on Thursday from 4:00  7:00 P.M. at the Balik Funeral Home in Spillville with a rosary at 5:00 and scripture service at 6:00 there will also be visitation after 10:00 Friday at the church

Marcella Marcie Helen (Moudry) Humpal was born October 26, 1923 in Winneshiek County, near Spillville, the daughter of Frank and Mary (Taylor) Moudry. She attended rural schools. She was united in marriage to Albert Humpal on June 12, 1944 at St. Wenceslaus Catholic Church, Spillville. They farmed near Ridgeway, Iowa until 2006 when they moved to Spillville with their daughter Shirley and her husband, John Francis. Being with her family was what Marcella most enjoyed. She spent hours working on her embroidery which she gave to her family or donated to fundraisers, she worked her puzzle books, played cards at the Spillville library or at the Ossian Senior Hospice where Albert resides. She often dreamt of her chickens. Early mornings she said were the best when she was out feeding her capons which she raised for many years. Marcellas wish was to donate her body to the Mayo Clinic to advance the study of medical science.

She was preceded in death by her parents, eight brothers/three sister-in-laws: Louis, Adolph (Florence), Frank (Helen), Edward, Ben (Lucille), Leonard, Cyril Moudry and one brother in infancy and two sisters and their husbands, Regina (Otto) Rausch and Lucy (Sylvester) Strnad. 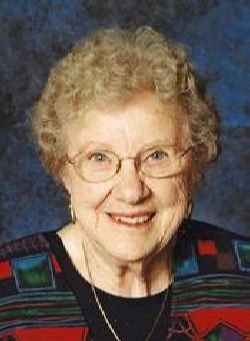