A service will be at 10:30 a.m. Friday at Saint Mary Catholic Church, with the Rev. Stephen C. Page officiating. Burial will be at Memorial Lawn Cemetery.

Visitation will be from 5-8 p.m. Thursday at the church, with Prayers for a Christian Wake at 6 p.m.

Mrs. BUCH was a secretary at Morton Building for 25 years.

She was a member of St. Mary Catholic Church and Altar & Rosary Society. She volunteered at Bargain Box and worked at the gift shop at Jefferson County Health Center.

Mrs. BUCH enjoyed being with family and attending ballgames. She was a Power Wagon fan.

In addition to her husband, she was preceded in death by her parents; one sister: Florence CIMINI; and two brothers: Peter and Leonard TUREK. 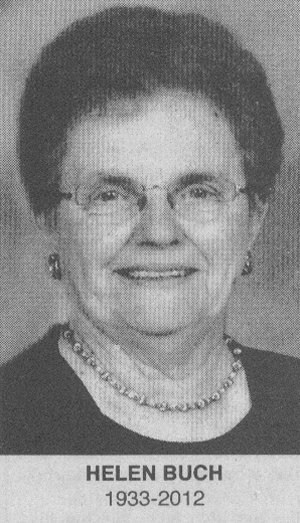