Clarence Albert Bartels, age 91 of Riceville passed away at the Riceville Family Care and Therapy Center on December 14, 2012. Funeral services will be held at 2 P.M. on Tuesday December 18 at St. Pauls Lutheran Church in Maple Leaf with Pastor Dan Christensen officiating. Burial will be at Our Lady of Lourdes Cemetery in Lourdes, Iowa. Friends may call at the church on Tuesday from 12:30 P.M. until services time at the church. Clarence Albert Willy Bartels was born August 8, 1921 to Fred and Louisa (Westendorf) Bartels; Clarence joined the army in 1942 and was stationed at Camp Walters in Fort Worth, Texas, where he married Irene Opat on February 20, 1943. He served in Army Camps in Texas, Mississippi, Colorado, California, before serving overseas in Germany, Czechoslovakia, and England during World War II. Irene and son, Fred, remained stateside while Clarence served overseas. Clarence was honorably discharged from the army in 1944 and he , Irene and Fred returned to Elma, Iowa to farm and eventually moved onto his fathers farm near Maple Leaf. To this union 3 children were born: Fred, Jim, and Connie, plus 11 grandchildren and 28 great-grandchildren, and one great-great grandchildren. Clarence was baptized, confirmed and a lifetime member of St. Pauls Lutheran Church in Maple Leaf. On Sundays Clarence would don his best suit in trade of his customary coveralls to attend church, ring the bell or to be an usher aside from being a council member of the church as well. Clarence enjoyed farming, his family, friends and lifelong army buddies; liked to dance, playing cards, going camping, fishing and snowmobiling and he enjoyed helping others. The grandchildren have many good memories of helping grandpa and grandma on the farm. Clarence endured many transitions during his lifetime including the 1968 tornado that destroyed the homestead. Clarence always had a strong faith in God and did not give up farming at that time. Clarence had been a resident at the Riceville Community Rest Home since 1998, after being diagnosed with dementia. Irene visited him everyday. Family and friends shared meals with them during the holidays and other occasions. Clarence is survived by his wife, Irene, Riceville, IA; 2 sons, Fred (Marlys), Riceville, IA; Jim (Kathy), Stewartville, MN; a daughter, Connie, Cresco, IA; 10 grandchildren and 28 great-grandchildren and 1 great-great-grandchildren; two sister-in-laws, Helen (Victor) Bartels of Denver, IA, Gladys (Leonard) Bartels, Waterloo, IA; along with several nieces and nephews. He was preceded in death by his parents, 3 brothers, 5 sisters, and a grandson, Trent Bartels. 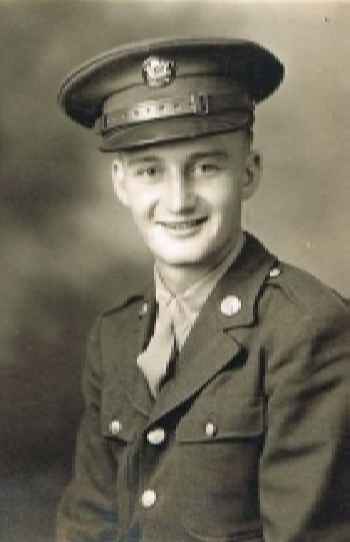 Our Lady of Lourdes Cemetery