Helen M. Johnson age 77, of Cresco, IA died Tuesday, December 11, 2012. Funeral services will be held Saturday, December 15 at 11:00 am at the Lindstrom Funeral Home in Cresco. Interment will follow at New Oregon Cemetery, Cresco. Friends may call from 4:00  7:00 pm Friday at Lindstrom Funeral Home in Cresco. Helen was born December 9, 1935 in Manchester, IA, to her mother, Florence (Weir) Thomas. In early 1936 she was adopted by William D. and Alice (Beach) Hebig of Cresco, IA. Helen graduated from Cresco High School in 1953. After graduation, she was employed by the Cresco School District as a secretary in the principals office. On October 7, 1953, she married Clifford Bud Johnson of Spring Valley, MN. Cliff and Helen became the parents of eight children and Helen stayed home to care for the family until the youngest child started school. At that time, she again found employment with the Howard-Winneshiek School District as a teachers aide. A year later, she accepted a position as the office manager at the Cargill grain elevator where she remained until she retired. Helen had a wealth of musical talent and particularly enjoyed playing both the piano and organ for many years. She looked forward to family gatherings, spending time with her children and grandchildren, and having people come to visit. Helen also loved to read and she spent many hours talking with friends and family on the phone. Throughout her life, Helen had a deep and abiding faith in God and she trusted Him to meet all of her needs. Helen died on Tuesday, December 11, 2012, at the age of 77, and went home to be with her Heavenly Father. She is survived by eight children, Leslie Johnson of Des Moines, Sandra (Larry) Johnson of Des Moines, Neil (Deb) Johnson of Davenport, Craig (Shelly) Johnson of Parnell, IA, Mark (Stephanie) Johnson of Cedar Rapids, Douglas (Jean) Johnson of Norwalk, Juanita Johnson of West Des Moines and Dan (Lindi) Johnson of Tea, S. Dakota. Helen is also survived by eighteen grandchildren; eleven great-grandchildren; two sisters, Shirley (Howard) Davis of Philpot, KY and Sharon Thomas of Houston, TX; and several nieces and nephews. Helen was preceded in death by her husband, an infant grandson, her parents and a sister. Casketbearers are Ryan, Matthew, Curtis, Mitchell, Logan and Luke Johnson 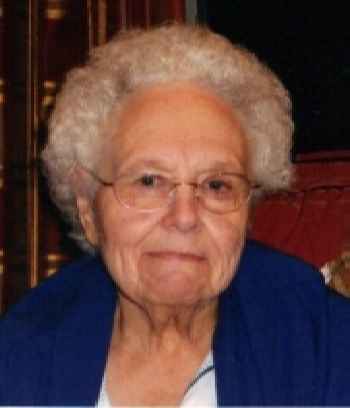