Lorin was born on April 11, 1926, on the Dettmann Family Farm, south of Monona, Iowa, to John and Anna (Borcherding) Dettmann. He attended Pleasant Hill Country School through the 8th grade and graduated from Monona High School with the class of 1945.

Lorin served his country honorably in the United States Army and was stationed in Germany during the Korean Conflict.

Lorin was united in marriage to Phyllis Lamker on August 20, 1953, at St. Paul Lutheran Church in Monona, Iowa. Five children were born to this union. Lorin and Phyllis farmed together and raised their family on the family farm where Lorin lived his entire life.

Lorin was a member of the Monona Rural Fire Protection Board for nearly 40 years serving as its Treasurer. He was a life-long member of St. Paul Lutheran Church in Monona where he served on the church council, was elected President of the congregation and later in life was the head usher for funerals held at the church. He was a long time New York Yankees fan and enjoyed the outdoors, spending many hours tending his award winning rhubarb, potatoes, and squash. He spent many hours working with his firewood business and tending to his well-manicured lawn. He loved spending time with his family and friends and will be greatly missed by all who knew him.

Lorin was preceded in death by his parents, John and Anna Dettmann; one brother, Myron Dettmann, and two sisters-in-law, Margarete Dettmann and Luella Dettmann.

Visitation will be held on Monday, September 16, 2013 from 4-7 p.m. at the Leonard-Grau Funeral Home and Cremation Service of Monona, Iowa, and one hour before services at the church on Tuesday.

Funeral Services will be held on Tuesday, September 17, 2013 at 11 a.m. at St. Paul Lutheran Church, Monona, Iowa. The Rev. Erika Kielstrup will officiate. 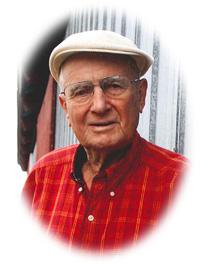