Tom was born on June 7, 1930, in Monona, Iowa, to Joseph and Mathilda (Havlicek) Keppler. He attended St. Patrick Catholic School through the 8th grade and graduated from Monona High School, Monona, Iowa. Tom served his country honorably in the Army during the Korean Conflict.

Tom was united in marriage to Shirley Lessard in Prairie du Chien, Wisconsin, in 1955. Four children were born to this union. Tom worked as janitor at the McGregor School, McGregor, Iowa, for many years. He also was a tour guide and helped with maintenance for the Froelich Foundation, Froelich, Iowa. He enjoyed fishing, snow skiing and all sports. Tom loved his family very much and will be greatly missed by all who knew him.

Visitation will be held on Wednesday, March 6, 2013, from 4-7 p.m. with a parish rosary at 4 p.m. at the Leonard  Grau Funeral Home and Cremation Service of Monona, Iowa. Visitation will also be held one hour before mass time at the church on Thursday.

Mass of Christian Burial will be held on Thursday, March 7, 2013, at 11 a.m. at St. Patrick Catholic Church, Monona, Iowa. The Rev. Greg Bahl will be the celebrant.

Leonard - Grau Funeral Home and Cremation Service of Monona, Iowa, is in charge of arrangements. 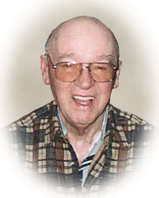