Stephen Robert Waters, age 78, of Knoxville, Iowa, passed away on Thursday, May 7, 2020 at Good Samaritan Society in Indianola, surrounded by his family.

Stephen Robert Waters was born May 19, 1941, to parents Robert (Bertie) Waters and Mabel Ewing Waters. Steve was raised on a farm about 5 miles SE of Postville, Iowa. Stephen was the oldest of 6 children. He attended grade school at St. Peters in Clermont and then high school in Postville. Steve was a wrestler and also participated in football, but he excelled in band and all things music. He graduated in 1959. Steve then attended Loras College in Dubuque and was in traveling bands for a time and graduated with a BA degree in instrumental music from Loras College in 1965. He was involved in various things in music at Loras as well as Clarke College.

Steve was a teacher at Russell Community Schools beginning in 1965, then at S.E. Warren Community Schools from 1967 through 1969. The family then moved to Garnavillo, Iowa where Steve taught for 2 years before moving to Elkader, Iowa, where he was an insurance agent for 8 years. At this time Steve was the director of the Keystone Barbershop Chorus in Elkader. One of the highlights was directing the Keystone Chorus and the Dubuque Barbershop Chorus for the state convention of the Knights of Columbus at Loras College. Following this, the family moved to Knoxville, Iowa, in 1980 where Steve taught vocal music another 3 years.
Steve was in several bands after this and began working as a system analyst for Firestone in Des Moines until his retirement in 2006. 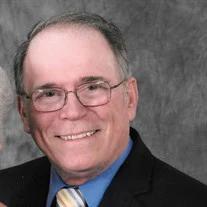