Joyce was born to Ervin "Jack" and Agnes (Burr) Vorwald in Guttenberg, Iowa on August 20, 1952. She graduated from Garnavillo High School in 1970 and worked in real estate as a project manager and realtor for many years. She enjoyed spending time with her family and friends, traveling and cooking. She was a former ambassador to the Cedar Rapids, Iowa Chamber of Commerce.

She was preceded in death by her parents, a sister, Janice Elsberry and a nephew Richard Curran.

NOTE FROM THE TRANSCRIBER: The obituary did not mention the name of the cemetery where she was buried. The service was at the St. Joseph Catholic Church and it is possible she was buried in the church cemetery. 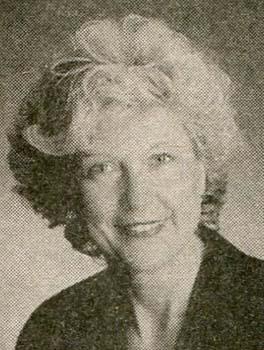