Mr. and Mrs. Harold L. Mueller were told Oct. 15 that their son was missing. Later they were notified he drowned Oct. 14. No details were given.

The parents believed Mueller had been in Viet Nam only about a week. He was a 1963 graduate of Garnavillo high school.

Mr. and Mrs. Donald Kugel of Luana and Mrs. Duane Kamp of Cermont and Mr. and Mrs. Will Kugel of Postville attended the funeral at Garnavillo for David Mueller, who was killed in Viet Nam. 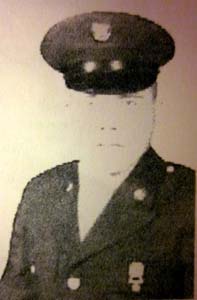