A Marion mother was notified Saturday that her son was killed Dec. 28 in Vietnam.

Young Houg, who is also survived by his wife, Phyllis, of McGregor, entered the Army Feb. 2, 1966. He was attached to the First Battalion, Eigth Cavalry Regiment, First Division.

His father is dead and his mother has remarried. His mother and step-father moved from Elkader to Marion recently. Young Houg went to Vietnam last July.

Houg graduated from Elkader high school in 1964. Before entering the service he was employed at McGregor Electronics. 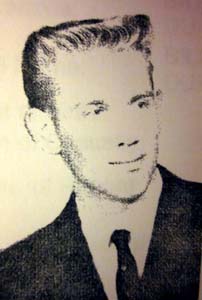