Pauline Adeline, daughter of Frank and Anna (Mielke) Hertrampf, was born on October 30, 1921 on the Hertrampf farm in Allamakee County, Iowa. She received her education at the Miner Ridge School and Monona High School. Pauline was united in marriage to Donald Schlitter on September 11, 1940 at the parsonage in Monona, Iowa by Rev. H.W. Raduege. Donald and Pauline were the parents of one daughter. They farmed on several farms in Clayton and Allamakee Counties until they purchased their own farm east of Monona in 1964. In 1982, they retired to their new home on Franklin Street in Monona, Iowa. After Donnie's death on September 23, 2002, Pauline moved to a duplex on Davis Street in 2004. She enjoyed playing cards and celebrating birthdays and holidays with extended family. She loved nature, visiting with people, taking the van on shopping trips to Prairie, and eating at the meal site. She was very appreciative of all who helped her in her final years. She deeply loved her grandson and his wife along with her twin great-grandchildren. She looked forward to their special visits.

Pauline Adeline Schlitter died Thursday, November 3, 2011 at her home in Monona, Iowa. In addition to her husband, she was preceded in death by her parents, and two sisters, Ruth Ellenbolt and Gretta Hertrampf.

Pauline is survived by her daughter, Karen (Kenneth) Steege of Manitowoc, Wisconsin, a grandson, Troy (Elizabeth) Steege of Franksville, Wisconsin, twin great-grandchildren, Tyler Steege and Tabetha Steege, and nieces, nephews and other relatives. 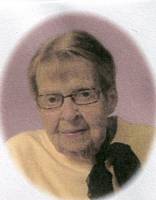