SERVICES FOR EMERY A. SARGENT

In 1915 Pod married Rose Skibbe. They had a son, Sylvan. Pod lived most of his life around Strawberry Point, except a few years in Cedar Rapids. He returned to Lamont, where he made his home until becoming ill in May of 1978. He was taken to Mercy Hospital, Oelwein, then transferred to Grandview Nursing Home. He was brought back to Mercy Hospital in September of 1979. During his stay there he had one leg amputated. The other leg was amputated in March of 1980.

Pod was a farmer and a carpenter most of his life. He enjoyed fishing, travelling, and gardening.

Pod was preceded in death by his parents and five brothers, Leon, Stanley, Elwin, Harford, and Ralph.

~Obituary was found at the Strawberry Point Public Library 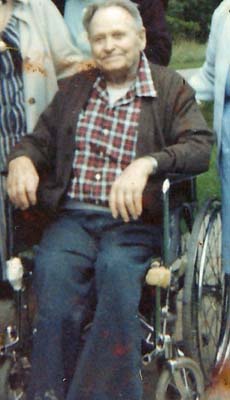