Mass of Christian Burial will be 11:00 a.m. Monday October 15, 2012 at Our Lady of Seven Dolores Catholic Church in Festina with Father Daniel Knipper, burial will be in the church cemetery.

Paul Anthony Luzum was born August 2, 1929, on the family farm west of Calmar, the son of William and Leona (Schissel) Luzum. Paul was baptized, received First Holy Communion & Confirmed at St. Aloysius Catholic Church in Calmar. He attended St. Aloysius elementary Catholic school and Calmar High School graduating in 1947. After high school, he worked for George Humpal for two years and then enlisted in the U.S. Air Force for four years, he received basic training in California. He transferred to Keisler AFB in Mississippi for two years and to Saint John Newfoundland to group headquarters as a clerk, and then was honorably discharged in 1956. Paul was a member of Halverson - Giesen American Legion Post #266 Calmar for 56 years. On August 20, 1957, Paul married JoAnn Etteldorf daughter of Philip and Emma (Zweibahmer) Etteldorf of Festina. Paul and JoAnn farmed the Etteldorf family farm until they retired and moved to Calmar. He enjoyed playing cards, watching baseball games, and also making his daily trips around the countryside. Most of all he loved the time spent with his wife JoAnn, his children and grandchildren. Paul was a lifelong member of Our Lady of Seven Dolors Catholic Church. 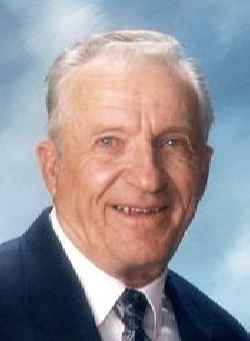 Our Lady of Seven Dolores Cemetery