Jeanette Jean Noel Young was born Nov. 23, 1933, the daughter of John Alfred and Marie (Howard) Eiseman in Philadelphia, Pa. She attended Oberlin College in Oberlin, Ohio and married Andrew Tipton Young. They later divorced. Jean did graduate work in geology at the University of Iowa. She moved to Northeast Iowa and continued her research in geology. Jean was a well-known artist, exhibiting at area shows and recently exhibiting her work at Effigy Mounds. Jean was among a group of Iowa geologists who discovered a shale outcropping near Decorah in late 2004 containing 450 million year-old fossils  considered some of the rarest in the world. She had detailed knowledge of Northeast Iowa geology and was involved in a geological mapping project with the Iowa Geological Survey for several years. It was during that work that she and fellow geologist Bob McKay found the outcrop of shale that contained the fossil fauna. Since 1972, Jean was employed to assist Luther faculty with summer projects and displays, and was the curator of the geology collection at Luther College since 1990. She was also a mail carrier for Sheehan Contracting, retiring at the age of 65. Jean was one of the original founders of the Oneota Community Co-op. She also served as a board member of Ryumonji Zen Center at the time of her death.

Jean is survived by her daughter, Susan Watson of Mesa, Ariz. and son, Sam (Bonnie) Young of King, N.C.; three grandchildren, and one brother, Michael Eiseman of Sarasota, Fla.

Jean was preceded in death by her parents. 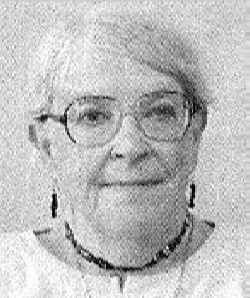