Mass of Christian Burial will be held at 10:30 a.m., Tuesday, October 31, 2006 at St. Johns Catholic Church in Fort Atkinson, Iowa with Rev. David Beckman officiating. Burial will be in the church cemetery.

Clarence Bobby Robert Pavlovec was born in Fort Atkinson, Iowa, the son of James and Mary Ann (Riha) Pavlovec. Bobby graduated from high school in Fort Atkinson. He worked for Culligan Soft water in West Union and worked for several road construction crews for many years. Bobby was very devoted to his mother, and took care of her for many years. Bobby enjoyed doing things with his family and especially enjoyed his nieces and nephews. He was a member of St. Johns Catholic Church and the Foresters. Bobby enjoyed going for drives, hunting, watching TV and talking on his CB radio.

Bobby was preceded in death by his parents; his grandparents: Wendel and Anna Riha; and two brothers: Dan Pavlovec in 1991 and Victor on March 31, 2006. Two brothers-in-law: Charles Blong and Joe Holthaus. 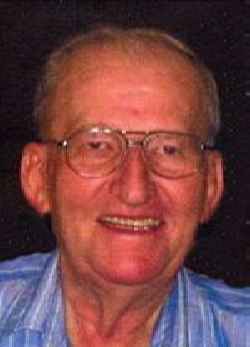