Victor Wendel Pavlovec was born on January 25, 1927, in Fort Atkinson, Iowa, the son of James and Mary Ann (Riha) Pavlovec. He attended school at St. Johns Catholic School and then worked for his Uncle, Art and the Railroad. He served in Japan during World War II. After the service, Victor returned and worked for Myer and Holland Brothers Construction, operating heavy equipment. After retirement, he continued to work for Hollands, Roverud's, Bruenings and for Larry Ramstad Construction. Victor married Ruth Huber on October 14, 1961 at St. Johns Catholic Church, and to this union, seven children were born. Victor enjoyed fishing, hunting, taking care of the lawn and his grandchildren. He was a member of St. Johns Catholic Church and the Turkey River VFW Post #3902. 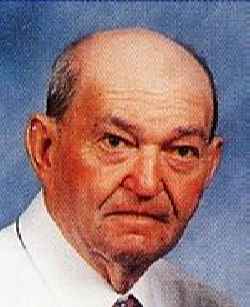