Funeral Services will be held at 2:00 p.m., Wednesday, July 1, 2009, at the First Lutheran Church in Decorah, IA, by Rev Steven Jacobsen. Burial will be in the Lutheran Cemetery in Decorah, IA.

Dawn Marie (Peterson) Patino was born August 18, 1974, the daughter of Lester and Evelyn (Sears) Peterson in Decorah, Iowa. Dawn was baptized on September 8, 1974 and confirmed on May 7, 1989 at First Lutheran Church in Decorah. Dawn graduated from Decorah High School in 1992 and University of Northern Iowa (UNI) in 1996. Dawn moved to Fort Worth, Texas in 1998, and taught at Daggett Elementary School for eleven years. Teaching was a great passion of Dawns, it was said that she was often one of the last to leave at the end of the school day. Dawn married Stephen Patino on June 22, 2002, at the First Lutheran Church in Decorah. Dawn was a caring, compassionate and giving person who enjoyed cooking, boating, camping and spending time with her friends, family and especially her nephews. Dawn was active at Christ Lutheran Church in Fort Worth, where she taught Bible and Sunday school and participated on several different committees. Dawn was special and gave the gift of life after her death, by being an organ donor.

Dawn was preceded in death by her grandparents: Floyd & Rose Sears and Stella & Selmer Peterson. Her godfather: Walter Nesheim. 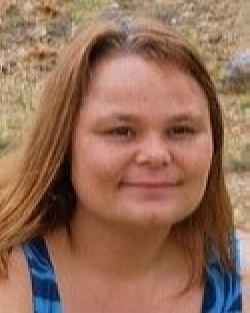