Mass of Christian Burial will be held at 2:00 p.m. on Tuesday, September 2, 2008, at St. Benedicts Catholic Church in Decorah, Iowa, with Rev. Phillip Gibbs officiating. Burial will be in the church cemetery.

Friends may call from 3:00-7:00 p.m. on Monday, and also after 12:00 noon on Tuesday, at the Schluter  Balik Funeral Home in Decorah, Iowa. There will be a Catholic Order of the Foresters Rosary at 4:00 p.m. on Monday at the funeral home.

Jerome Edward Hackman was born on February 28, 1928, the son of Joe and Theresa (Schmitt) Hackman on the family farm near St. Lucas, Iowa. Jerome attended St. Lukes Catholic School in St. Lucas. He married Darlyne Rilling on September 26, 1950, at St. Johns Catholic Church in Fort Atkinson, Iowa. Together they farmed between Ft. Atkinson and St. Lucas for thirty years, retiring and moving to Decorah in 1980. Jerome then worked in the maintenance department at Aase Haugen Nursing Home from 1981  1992. Jerome was a hard worker and enjoyed doing anything. He liked to collect John Deere memorabilia, and still had his 1949 John Deere B, that he first started farming with. Jerome was a member of St. Lukes and St. Benedicts Catholic Church and the Catholic Order of the Foresters for over 50 years. 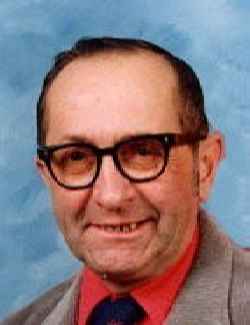