Memorial Services will be held at 1:00 P.M. Friday, June 25, 2010 at Hauge Lutheran Church in rural Decorah with Rev. Mark Kvale officiating. Inurnment will be in the Hauge Lutheran Cemetery.

Visitation begins on Friday at 12 Noon, one hour before services, at the church.

Beverly Mae (Gulbro) Erickson was born May 21, 1934 in Spring Grove, Minnesota, the eldest of eight children to Bennie and Myrtle (Solem) Gulbro of Highlandville, Iowa. She was baptized and confirmed at Big Canoe Lutheran Church. Beverly attended the rural schools and also enjoyed a year of studies in Greensburg, Indiana, living with her loving aunt and uncle Bill and Ileen Smith. She graduated from Decorah High School with the class of 1952. Then after her school years, she moved to Fargo, North Dakota and worked for the Fargo Forum Newspaper. Later, she moved back to Decorah and married Stanton E. Erickson. Stan was her high school sweetheart and their romance was interrupted by him joining the U.S. Army, where he served in Korean War until January 1957.

Bev worked for 37 years for the State of Iowa Job Services (Workforce Development) as an employment counselor. She joined the Beta Sigma Phi Sorority and was an active member in their volunteer programs. Together, they were members of Hauge Lutheran Church where Bev was active with the Ladies Circle. They were also very active in the local V.F.W. in Decorah, through volunteer work and sponsorship of charitable activities. They had many friends and close colleagues as a result of their generosity. They had a cabin retreat on the Mississippi River and hosted many weekend get-togethers with family and friends. Bev loved to water-ski and she and Stan (manning the boat) taught many grateful ones how to "ski." Bev also enjoyed painting, sewing, and needlework. After her retirement, she moved to Charlotte, North Carolina to reside closer to relatives in the area.

She was preceded in death by her parents, Bennie and Myrtle Gulbro; her husband, Stan on February 1, 1993; a sister, Janet Rychlick; nieces, Ann Hendrickson and Amber Rychlick; nephews Benjamin Gulbro and Martin Gulbro; all of her grandparents; and two brothers-in law, Richard Hertzig and Bill Rychlick.

Memorials may be made in the honor of Beverly and Stan Erickson to the Church Fund of Hauge Lutheran Church, 3147 Middle Hesper Road, Decorah, IA 52101. 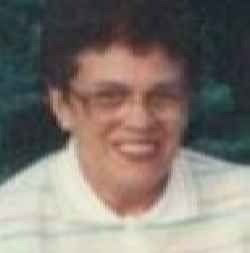