Funeral Services will be held at 11:00 A.M. Tuesday, November 21, 2006 at Congregational United Church of Christ in Decorah by Rev. Matthew H. Perkins.

She was united in marriage to Glenn LeRoy Engelhardt in June 1947 in Lansing, Michigan. To this union, one son was born: Michael.

Mary Louise was a Kindergarten and First grade school teacher in New Troy and Lansing, Michigan. Following the birth of her son, she was a stay at home mother and homemaker. She later worked as a substitute teacher at various schools in the Lansing area. She relocated to Decorah in 2000 to be closer to her family.

Mary Louise is a member of Plymouth Congregational United Church of Christ in Lansing and attended the Congregational United Church of Christ in Decorah. She was a longtime member of the Michigan Federation of Garden Clubs and was especially talented in floral arranging. Mary Louise won several awards for arrangements she created and even served as a judge in the arrangement competition at several contests. She was also a member of the Town and Country Garden Club of Decorah.

She was an avid reader and was very interested in geology. She enjoyed traveling and was proud that she had visited every state in the United States and also traveled to and explored Germany, England, Switzerland, Austria and Canada. Most of all, Mary Louise loved spending time with her family.

Survivors include her son, Michael Engelhardt and his wife Diane Sadler and a grandson, Tobias Toby Engelhardt, all of Decorah.

Mary Louise was preceded in death by her parents and her husband, Glenn on November 26, 1990 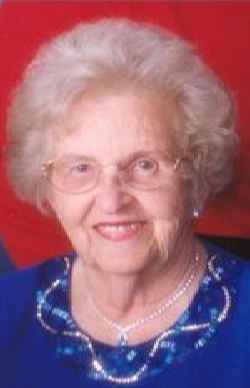