There will be no visitation, but a luncheon will be held following the services at the church.

Margaret (Hosting) Austad was born March 26, 1920, at home in Calmar, Iowa to John and Josephine Hosting. She graduated from Calmar High School and attended Clarke College in Dubuque for three years, but was unable to finish due to WWII and the economy. Margaret worked for a number of years as a bookkeeper for the Farm Bureau Office for Winneshiek County, the Security State Bank of Decorah and later did part time work for various area businesses. During that time she met and continued to enjoy long term friendships. Margaret was united in marriage with Raymond Austad on January 18, 1951, in Calmar, Iowa. Three favorite enjoyments were traveling, their friends and family.

Margaret is survived by her only sister Marie and her husband John F. Hartley of Montgomery, Mn., four nieces, Karen Foy of Burnsville, Mn., Mary Sires of Boulder, Co., Julie (Austad) Cook, Norman, Ok. and Carol Austad, No Dakota; her nephews John C. Hartley of Spicer, Mn., Mark Austad of Anamosa, Ia., Bill Gratza and James Austad of Arizona. She is also survived by her very close friends, the Bradleys, as well as the many who assisted her to be able to remain in her home for as long as she did which was her wish.

Margaret was preceded in death by her husband Ray on March 21, 1991 and her parents.

In lieu of flowers or memorial contributions the family wishes you to remember, visit soon and support an elderly loved one to the best of your capabilities. 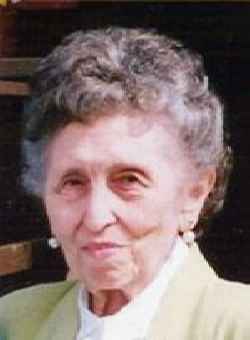