Memorials may be directed to First United Methodist Church, or Phelps Cemetery in Decorah.

He was united in marriage to Agnes C. Sersland on May 27, 1934 in Winona, Minnesota. To this union five children were born: Dorothy, Wayne, Ruth, Fern and Orval, Jr..

Orval began his farming career at a young age following the death of his father. He and his mother operated the family farm until Orval and Agnes moved to Dysart, Iowa in 1949. They farmed near Dysart for three years and then in 1951, they purchased a farm in Orange Township, Black Hawk County, just south of Waterloo. That first year, Orval farmed at both properties. The family moved to the Orange Township farm in 1952. They made their home there, and operated the farm in partnership with Orvals mother, Margaret until her death in 1975. Orval and Agnes continued to farm until Agnes passed away on March 23, 1992. He returned to Decorah in July 1992 to be closer to his family. During his farming career, Orval raised cattle, hogs and also ran a dairy operation for a time. In later years, he raised seed corn.

Orval was a faithful member of First United Methodist Church in Decorah, where was baptized on January 18, 1914. He was confirmed and became a full member of the church in 1925. Orval was head usher at the church and was a former member of the church board. Orvals memberships included Farm Bureau; he served several year terms on the Decorah Creamery Board and the Canoe Township School Board. He was a former member of the South Waterloo Church of the Brethren in Waterloo, IA. Orval loved being a farmer. He enjoyed working the land with conservation in mind, gardening, reading and watching wildlife in his backyard. 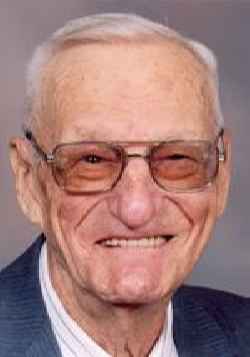