Mass of Christian Burial will be held at 9:30 a.m., Saturday, Sept. 3, 2011, at St. John's Catholic Church in Fort Atkinson, IA, with Rev. Nick March presiding. Burial will be in the church cemetery.

Mary Lou (Rosenbaum) Baker was born on March 3, 1927, the daughter of Louis and Mathilda (Huber) Rosenbaum, in Cresco, IA. Mary Lou attended St. Marys Catholic School in Festina and sang in the choir at Our Lady of Seven Dolors Catholic Church. She worked on the farm and helped area families when they had babies. She worked as a waitress at the Sweet Shop, Fredericks and Nielsons Café. Mary Lou married Michael Baker on November 22, 1975, at St. Johns Catholic Church in Fort Atkinson. She loved to mow her lawn, tend her garden and play softball. Mary Lou was well known for her baking talent, making delicious zucchini cake, homemade bread and cinnamon rolls that her grandchildren so dearly loved. She was a devoted mother and grandmother and welcomed all to her large kitchen table; which was the center of Sunday visits by her family and siblings. Mary Lou enjoyed country music and was a member of St. Johns Catholic Church. 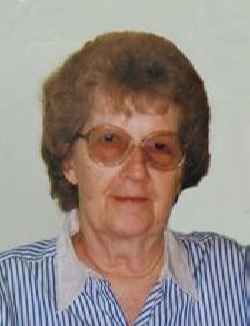