Carl Frederick Schick, 82, passed away peacefully surrounded by family Thursday, March 10, 2011 at Winneshiek Medical Center Hospice in Decorah. A Memorial visitation was 3-7 p.m. Monday, March 14, at Fjelstul Funeral Home in Decorah. A private family inurnment will be held at a later date at Lutheran Cemetery in Decorah. Online condolences may be made at www.fjelstul.com

Carl was born Sept. 27, 1928 in Chicago, ILL., to Dr. Frank J. Schick and Dagny (Hoeg) Schick. During the Korean conflict, Carl served in the U.S. Army from 1952 to 1954. He graduated from Iowa State University with a B.A. in agriculture. He farmed all of his life in Pleasant Township. Later in life he enjoyed music, model trains, woodworking and flying model airplanes. Carl was united in marriage to Shirley Ann Brown Aug. 29, 1954 at First Lutheran Church in Decorah. To this union 10 children were born: Susan, Michael, Carl Jr., Gary, Steven, David, John, Mary, Nancy and Rosemarie.

He was preceded in death by his parents, one brother Frank, and one grandson Kyle Baker.

Transcribed from a newspaper clipping submitted by Janice Sowers 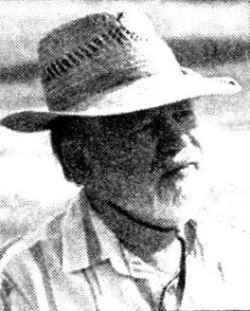