A mass of Christian burial was held Wednesday, Feb. 16, at 10:30 a.m., at St. John's Catholic Church in Fort Atkinson, with the Rev. George Karnik officiating. Interment was at St. John's Cemetery.

Clarence was born March 25, 1924 in Fort Atkinson, the son of Anton and Mary (Ryant) Karnik.

He worked as a bookkeeper for Paul Kuhn Inc. of Fort Atkinson and also the Dubuque Packing Company in Dubuque.

Clarence moved to Florida in the 70s and resided there until his death.

He was a member of the Knights of Columbus and of St. Joseph's Catholic Church in Lakeland, Fla.

Clarence Karnik was preceded in death by his parents and four brothers, Tony, Ray, Leonard and Charlie. 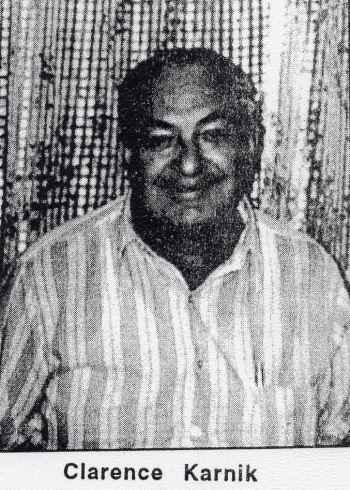