Felicia Rothmeyer, 94, of Calmar, died Friday, May 19, 2000, following a sudden illness. She was at her son's home in O'Fallon, Mo., where she had been living since October.

Funeral services were held Wednesday, May 24, at 11 a.m., at St. Aloysius Catholic Church in Calmar, with the Rev. Donald Hawes officiating.

Alan Sensor was the organist. The church choir provided singing. James Schneberger was the lector.

Felicia (Kuennen) Rothmeyer was born Jan. 26, 1906, in St. Lucas, the daughter of Benjamin and Mary (Perry) Kuennen. She attended the Catholic School in St. Lucas.

Felicia married Clarence Rothmeyer Oct. 26, 1932, in St. Lucas, and to this union, three children were born.

For nearly 50 years, Felicia was the organist for St. Aloysius Church in Calmar, where she also was a member of the St. Aloysius Rosary Society. She had been an American Legion Auxiliary member since 1956, where she held several offices.

Felicia was an active member of the Calmar Senior Citizens and did volunteer work for many years at the Winneshiek County Memorial Hospital.

She also sold Avon products for 15 years, and served as a news correspondent for the local and state newspapers.

In 1992 she received a special Papal blessing. Felicia was inducted into the "Iowa Volunteer Hall of Fame" in 1994. In 1995 she received the KCRG-TV "Show You Care Award."

Felicia was an avid fan of the Iowa Hawkeyes, Chicago Cubs and the Chicago Bears.

Felicia Rothmeyer was preceded in death by her husband, Clarence Henry Rothmeyer; her parents; one daughter-in-law, Sandra Rothmeyer; and three brothers, Albert, Florian and Edmund Kuennen. 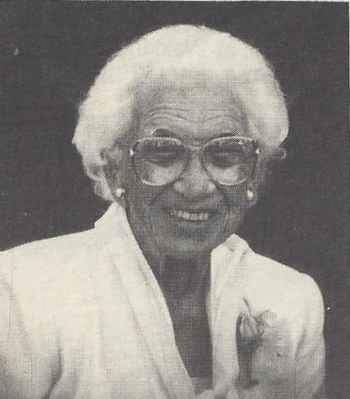