Mary Beth Bouska was the organist. Cindy Schissel sang "Only a Shadow." Congregational hymns were "Amazing Grace," "On Eagle's Wings" and "Be Not Afraid."

His grandchildren were honorary bearers. Burial was at the St. Bridget's Catholic Cemetery in Bluffton with full military rites by the Helof-Holm V.F.W. Post No. 1977. The Fjelstul Funeral Home handled arrangements.

Jack attended schools in Protivin and Decorah, graduating from the Decorah High School in 1943. He served in the United States Army during World War II.

After the war, Jack returned to Winneshiek County and farmed with his brother, Peter, until 1966, when they moved to Decorah. Jack then worked for Northeast Farm Service, followed by the Fred Carlson Co., until he retired in 1985.

John "Jack" Courtney was preceded in death by his parents; two brothers, Peter and James; and one sister, Virginia Segerson. 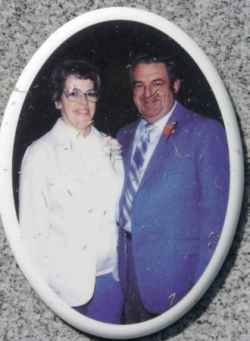