Irma was united in marriage to John VanWey on September 24, 1942, at Zalmona Parish. Eight children were born to this union. Irma and John made their home in the Frankville-Castalia area. She was a dedicated housewife and mother. She worked for many years at the Cliff House Laundry. She was a member of the Frankville Presbyterian Church. She enjoyed spending time with her friends and family. She will be greatly missed by all who knew her.

Visitation will be held on Sunday, January 24, 2010, from 2-6 p.m. at the Schutte-Grau Funeral Home and Cremation Service of Postville, Iowa, and one hour before services at the church on Monday.

Schutte-Grau Funeral Home and Cremation Service of Postville, Iowa, is in charge of arrangements.

Extracted from a funeral brochure. Posted for genealogical purposes, contributor is not related. 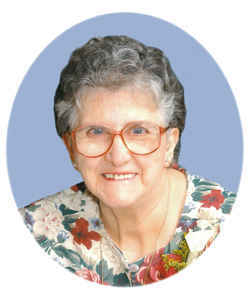