Gary LaMoine Hove was born March 22, 1937 at the family farm near Ridgeway to Amos and Pearl (Albertson) Hove. He was baptized May 2, 1937 and confirmed in his faith May 20, 1951, both at the Lincoln Lutheran Church, Ridgeway. He attended Lincoln Country School and later Ridgeway Public School, graduating in 1955. He attended Luther College for a short time before he enlisted in the U.S. Army November 1955, serving in Korea and Japan with the 802 Engineers and completing Combat Infantry School. He was honorably discharged in October 1957 as a Specialist Third Class.

Gary was united in marriage to Sandra Anderson September 10, 1960 at the Ossian Lutheran Church in Ossian. They lived in Cedar Rapids for two years and then moved to a farm near Ridgeway in 1966, later moving to a farm near Waukon in 1977. In 1986, Gary started working for Bruening Rock Products, retiring in 2007. Gary liked to go fishing in his boat on the Mississippi, play golf, watch western movies, dance and take in shows at Branson, MO. Gary was a devoted father, husband, and loved his special grandchildren. He will be greatly missed.

Gary is survived by his wife of 49 years, Sandra Hove of Decorah; two daughters, Peggy (Monty) Kuhn of West Union and Dr. Brenda (Scott) Houg of Waukon; five grandchildren, Jamey and Jordan Kuhn, and Logan, Hailey and Lynsey Houg; one sister, Patricia (Joe) Weis of Decorah; and one brother, Lydell Hove of Princeton, IL; along with several nieces, nephews and great-nieces and nephews.

Gary was preceded in death by his parents; Amos and Pearl (Albertson) Hove; one son, Bryan Hove in 1987; his father and mother-in-law, Clarence and Blanche (Tollefson) Anderson; and one sister-in-law, Lois Hove.

Waukon, Iowa newspaper, THE STANDARD, January 20, 2010
Contributor is not related and has no further information 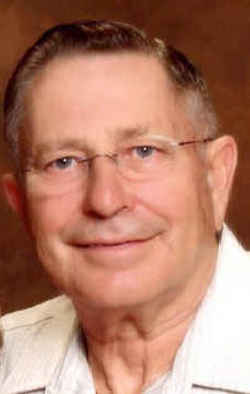