Matt was born on December 1, 1977, to the late Randy Niles and Julie (Anderson) (Niles) Swenson. Baptized and confirmed in his faith at Center Lutheran Church, Leland, Iowa, Matt developed a very special bond with Julie, his mother. From the young boy to the adult man, the milestones and memories they created together will forever be cherished.

In 1989, Julie married Kent Swenson. Matt enjoyed his time with Kent talking sports, cars, snowmobiles, and tractors. As a family, they enjoyed camping, vacation trips, sporting events, just spending time together, and re-experiencing all the traditions created over the years.

A 1997 graduate of Lake Mills Community Schools, Matt participated in football, wrestling, FFA and 4H while in school. As a member of the Lake Mills Boy Scouts Troop 44, he became an Eagle Scout. In Matt's spare time he worked at David's Superfoods, helped Kent with farming, worked closely with his uncles, and cherished the times spent with his grandparents, Gorden and Kay Anderson.

After graduating from high school, Matt moved to Jackson, Minnesota, to attend Minnesota West Community College where he earned an AA degree in Telecommunications and played football for the Worthington Blue Jays. He continued on with his college education at Western Iowa Tech in Sioux City, Iowa. There, he worked for Long Lines Communications before returning home to accept a job at Winnebago Industries in Forest City as a forklift operator. In 2006, Matt moved to Los Angeles, California, where he lived for the rest of his life.

Because of his love of cooking and entertaining, he worked in management with catering and restaurant businesses, most recently as Operations Manager at Shaquille's and Ellie's, and part-time as a five-star Uber and Lyft driver. Matt's significate other, Jhazmyne Capa, and his rescue dog, LeRoy, became his family in Los Angeles. The three of them shared many special memories together. Matt was always willing to serve others, helping in any way, as he did with Midnight Missions in Los Angeles. He loved and looked forward to entertaining family and friends showing them all the sites and attractions in California.

Matt was a devoted son to Kent and Julie, a loving brother to his sister, Shanna (Niles) Eastvold, and his brother-in-law, Darin Eastvold, the coolest uncle for his nephew, Derek Eastvold, and his nieces, Avery and Regan Eastvold. He loved creating memories with his nephew and nieces and held them dearly in his heart. Matt looked forward to the time spent with his cousins, young and old!

Matt held a very special place in his heart for his cousin, Garrett, who, in most ways, was more like a brother. You don't just trust anyone to take the wheel when the other is controlling the gas!

Matt is survived by Jhazmyne; his parents, Kent and Julie Swenson; his sister, Shanna (Darin) Eastvold; and their three children, Derek, Avery, and Regan; and his grandmother, Kay Anderson; as well as by other family members and friends, and, of course, by his faithful recue dog, LeRoy.

Matt is preceded in death by his father, Randy Niles; his grandparents: Gorden Anderson, Maynard and Nylene Swenson, and Shirley Niles; his aunt and uncles, Diane and Bruce Steele and Steve Swenson, and his cousin, Tobias Larson. 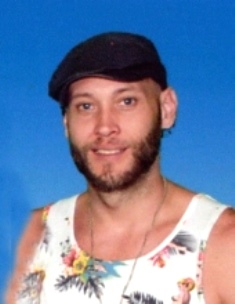