Robert Odean Langfald was born on December 23, 1930, in rural Lake Mills, Iowa, to Ole and Inez (Wagner) Langfald. Baptized and confirmed in the Lutheran faith, he attended elementary country school in rural Lake Mills and then graduated from Lake Mills High School in 1948.

On May 5, 1951, Robert married JoAnn (Olson) Langfald at the Center Lutheran Church, rural Lake Mills. A Winnebago County Supervisor for sixteen years and a Jacques seed corn dealer for numerous years, Robert, along with his family, worked with the Toys for the Needy Project for over forty years. After farming in rural Forest City for over fifty years, Robert and JoAnn moved to Mason City in 2004. Robert joined Zion Lutheran Church in Clear Lake, Iowa. In 2019, he entered the Lake Mills Care Center where he resided until his passing.

To cherish his memory, Robert leaves behind his daughter, Diane (Langfald) Zuehlke, of Mason City; his son, Dan Langfald, and his wife, Kim, of Forest City; two grandchildren, Joe (Lindsay) Langfald, of Forest City, and Joshua Langfald; five great-grandchildren; and his brother, Ron (Ardis) Langfald, of Lake Mills, as well as many nieces, nephews, and their families.

He was preceded in death by JoAnn, his wife of sixty-eight years; his parents, Ole and Inez Langfald; his grandson, Christopher Langfald; two sisters, Donna Anderson and Betty Hietland.

Roberts family would like to thank the Lake Mills Care Center and Hospice for the wonderful care he received.

Visitation is scheduled from 3:00 to 5:00 P.M., Sunday, November 10, 2019, at the Cataldo Schott Funeral Chapel, 505 North Clark Street, Forest City. A funeral service will commence at 5:00 P.M. with a light reception to follow the funeral service. Burial will take place in the Madison Township Cemetery on Monday, November 11, 2019, at 10:00 A.M. In lieu of flowers, memorials may be directed to the Robert Langfald memorial fund in care of the family. 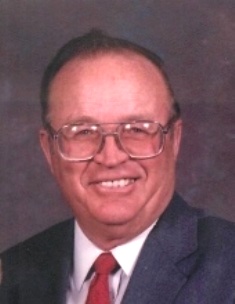