Duane Lackore, a son of Truman and Mabel (Keel) Lackore was born in Forest City, Iowa, on June 6, 1926. Baptized and confirmed at the United Methodist Church, he graduated from Forest City High School in 1944. In 1945, he enlisted in the U.S Army to serve his country during World War II while stationed in Germany. Following his honorable discharge, he returned to Forest City to farm with his father. At the Bungalow, he met a sweet waitress, Alice Ulve, of Lake Mills. Soon afterwards, they began dating. Then, on April 5, 1950, they married. Subsequently, they were blessed with four children, all of whom they raised on their century farm west of Forest City.

Early on in their relationship, Duane and Alice enjoyed dancing and frequented the Golden Bubble and Surf Ballroom. They made an elegant looking couple. At other times, they enjoyed camping at Crystal Lake in an old school bus converted into a camper, complete with the flying W logo that represented Duanes nickname, Weiner. Years ago, he began planting a sweet corn patch to which he invited the community to come out and pick whatever they wanted to enjoy. His son, Kevin has continued this tradition. Duane himself enjoyed delivering sweet corn to friends and local businesses until 2018.

With an adventurous spirit, Duane lived life to the fullest. When he wasnt delivering Winnebago motor homes to dealerships in California, Alaska, or Florida (his favorite destinations), he liked driving around the local countryside. Over the years, he enjoyed meeting friends for coffee daily to discuss local happenings. The meeting places evolved over the years from Richardsons Tire Shop to the current location at Sids. Moreover, he took pleasure in many fishing trips with friends to Canada and Alaska. At other time, he would take off for Padre Island, Hawaii, Jamaica, Mexico, Germany, and the Panama Canal. He, also, traveled to Washington D.C. on an Honor Flight with other veterans. Quite a charming fellow, he would, often, greet the ladies with, Hey, doll

Duane moved to Forest Plaza Assisted Living in March 2017 for additional assistance. In September 2019, he was admitted to the Good Samaritan Society facility because of his declining health. In view of their kind care for their father, the family wishes to extend heartfelt thanks to the dedicated staff at both facilities.

Those left to cherish his memory are his children and their spouses: Brian and Valerie Lackore, Gene and Debra Swanson, and Kevin and June Lackore; and his grandchildren: Jason (Kelly) Lackore, Kelly (Cory) Hagensick, Kristi (Gary) Smith, Melissa (Derrick) Flippin, Justin (Sandy) Lackore, Wayne Chute, Desirae (Andrew) Snyder, Audrey (Ashley) Swanson, Anthony (Emily) Lackore, and Ashley Lackore; as well as fifteen great-grandchildren; cousins; nieces; and nephews. He was preceded in death by his parents; his wife, Alice; and his son, Bradley. 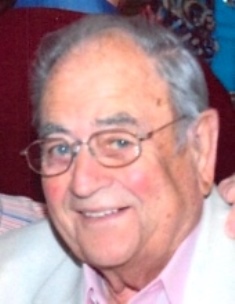