A Funeral Service will be held on Tuesday, December 22, 2020 at 2:00 p.m., in the St. Pauls Lutheran Church of Ute, Iowa. Rev. Nathan Peitsch will officiate. Committal Services will follow in the St. Clair Township Cemetery of Ute, Iowa, with Military Rites conducted by the Aaby Post No. 442 of the American Legion and the VFW Post No. 5605 of Ute, Iowa.

Due to the COVID-19 pandemic and the Governors proclamation, masks are mandatory and social distancing guidelines apply during all services. The Armstrong - Van Houten Funeral Home of Ute, Iowa, is in charge of the funeral arrangements.

Curtiss was baptized and confirmed at St. Matthew's Lutheran Church in Mapleton, Iowa. He received his education at the Charter Oak-Ute School and graduated in 1965. He then joined the National Guard. He married Jean Halverson at the Soldier Lutheran Church before being called up for duty in Vietnam. He fought in some of the worst battles while there, including Hamburger Hill. He received numerous medals which he was very proud of.

When he returned from the war, he farmed for several years, then began a new venture at CO-OP. He always said working with those younger guys was a gift. They taught him and he taught them.

One of Curtiss's favorite things to do was to attend all three kids' sports. During Justin and Gentry's football games, he ran up and down the sidelines and was probably the loudest voice there. If he embarrassed his boys, they never said one thing about it, so Curtiss assumed they actually loved it. He also enjoyed watching his daughter Tawny play her various sports, and as he always said, 'the dreaded band thing."

He was always thinking ahead on how to keep his kids happy, so the boys were blessed with small motorcycles to be ridden. And to make sure everyone was happy, a horse for his daughter.

Curtiss was a builder of many things. He built whatever piece of furniture the kids would ask of him. They would show him a picture, and he would build it. Over the years, he had built numerous pieces that are treasured to this day. 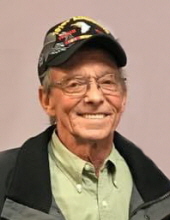