Thomas Edwin Bergstrom, 73, of Winterset, the son of Fred Edwin Bergstrom and Ethel Leola Phipps Bergstrom was born on March 18, 1947, in Onawa, Iowa. He was the third in a family of six children. He died on December 12, 2020, at Azria Health Care in Winterset, Iowa. At this time, no services are planned. Burial will take place in the Winterset Cemetery.

Tom was raised on a farm in Ashton Township north of Onawa and spent many hours helping with milking cows and raising corn and beans. In his free time, he enjoyed hunting and trapping on the Little Sioux River watershed.

Tom completed his basic education in the West Monona Community School District (formerly Onawa Public schools) and was proud of the fact that he had suggested the mascot name of Spartans when the West Monona School came into being. Tom was an outstanding high school athlete: he set the high school record for pole vault; he was a member of the two-mile relay team that set a high school record and won at the state track meet. Tom obtained his bachelor-of-science degree in Iowa City at the University of Iowa, followed by his MD degree at the University of Iowa College of Medicine in 1972. His internship was at the University of Nebraska-Omaha. Tom then joined a family practice in Winterset, Iowa, before forming his own. He practiced in Winterset except for a period when he was an Associate Director at Powell Chemical Dependency Center in Des Moines. He was a true general practitioner, working long hours, many nights, and doing work that covered the broad spectrum of the practice of medicine. For many years, he was also Madison County Medical Examiner and was elected to a term on the Winterset School Board.

Tom married Deborah L. Jeneary of West Liberty, Iowa, in 1968. Their beloved son, Edwin Thomas (Ted), was killed in his college years in an auto accident at the age of 21.

Tom was a devoted husband and a caring father to his son Ted and was proud of Teds budding career in baseball. He was especially supportive of his mother and younger brother and sister after the death of his father in 1969 and younger brother in 1977. In his spare time, he enjoyed carpentry and often fixed or rebuilt things on the family farm.

Tom was proceeded in death by his parents and a younger brother Bob, who was killed in a motorcycle accident in Iowa City.

He is survived by his wife Deborah of Winterset; his siblings, Richard (Sheryl) Bergstrom of Waterloo, Nebraska, Patricia (Charles) Smith of Fort Collins, Colorado, John (Jeanna) of Capitola, California, and Mary (Jay) Larson of Shoreline, Washington. He is also survived by many nieces and nephews as well as his two Jeneary brothers-in-law, Scott of Winterset and Tom (Pam) of Le Mars.

Tom was a resident at the Azria Health Center where he died peacefully. Toms sister Pat notes that when she and her husband visited Winterset, they often encountered former patients who told them stories of Toms care and what a good doctor he was, especially at diagnosing difficult cases. 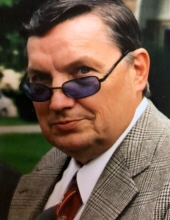