Kenneth Wayne Burgess, 86, of Onawa, Iowa passed away Friday, December 11, 2020 at his residence, while surrounded by his children.

Masonic funeral rites and memorial service will be 1:00 P.M. Friday, December 18, 2020 at the Rush Family Chapel, Onawa, Iowa with Steve Jewett as the orator. (Social distancing measures must be followed-Due to Covid- 19 restrictions- Masks are required.) Burial will follow in the Onawa Cemetery, Onawa, Iowa. Military Honors will be provided by the United States Navy and the David McNeill American Legion Post #129 of Onawa, Iowa. Arrangements are under the direction of Rush Family Care Service, Onawa, Iowa.

Kenneth Wayne was born October 19, 1934 the son of Robert Chauncy and Marjorie Evelyn (Bennett) Burgess. He grew up in Onawa and attended school there. He went on to the Navy and served from November 4, 1952 and was honorably discharged on November 2, 1956.

Wayne and Violet (Rowland) were married on December 16, 1960 in Onawa, Iowa. The couple raised their family in Onawa. Wayne worked in Onawa for several years in the gas service. He served Onawa for over 30 years working for the city with the sewer maintenance. He enjoyed cutting down trees, trapping, hunting, fishing, gardening, canning, selling vegetables, and playing cribbage.

He was a past member of the VFW and the Eagles club. Wayne was a 50-year member of the Masonic Vesper Lodge #223 A.F. & A.M. in Onawa. He was also a member of the First Christian Church, Onawa, Iowa.

He was preceded in death by his parents, Robert and Marjorie (Bennett) Burgess; his wife, Violet (Rowland) Burgess; daughter, Lisa Beckwith; his parents-in-law; brothers, Leonard and Robert Burgess; sister, Betty; and many brothers-in-law; and sisters-in-law. 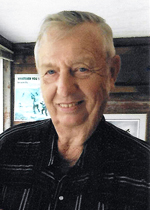