Geneva Mae (Stines) Pocock was born January 24, 1953 in Mapleton, Iowa to Lloyd and Arlene (Birtwell) Stines. She grew up in Correctionville and attended school there.

After high school, Geneva was married and lived in the area until she divorced and moved to Arizona with her two oldest children. She was married again and her youngest daughter was born. After moving to Rib Lake, WI, in 1995, she divorced her second husband. She then met the love of her life, Richard Pocock. They were married June 30, 2001 in Rib Lake, WI.

Geneva loved to travel and see new places. She enjoyed camping, fishing and summer barbeques. She loved her family and friends and enjoyed making meals and entertaining guests. She would invite anyone she knew to eat, and would often take meals to the elderly shut-ins or neighbors.

Geneva worked many different jobs in her lifetime but enjoyed serving people as a waitress the most. She was in food service until ill heath forced her retirement in 2010. She moved back to Correctionville in 2014. 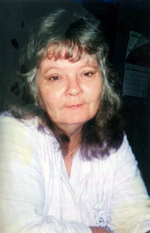