Husband, father, and grandfather, we love you and will miss you, but we have faith that you are in heaven with our Lord Jesus Christ resting in peace with no more pain.

Florencio had an adventurous life. He was born on March 4, 1947, in Jalisco, Mexico, and had to become the main provider for his sisters and brothers after the death of his mother. He was unable to attend school, so he taught himself to read and write. Florencio worked very hard to provide for his family.

In his early 20s, Florencio went to Fresno, California, to work in the fields. Holding down two jobs at a time, Florencio provided for his family. When all of his sisters got married, it was time for Florencio to get married. He decided to go back to Mexico to find himself a wife, and that he did. Florencio met and married his wife Celia and moved his wife to California to start their family. He lived in San Fernando Valley, (Los Angeles County), California, for about 37 years with his family before he decided to move to Iowa. Florencio followed many family members in Iowa and Nebraska who had been living there for a long time. He settled in Smithland, Iowa, where he spent the last years of his life. Happy in his home, Florencio referred to it mi Mexico because the weather there reminded him of his home town in Mexico, the summers at least.

Florencio lived a happy life, just the way he wanted. He made no excuses for living how he wanted to live and we all admired him for that. We have learned so much from him. Florencio was the best husband, father and grandfather that he could be. He loved children, so of course when he had grandchildren, he beamed with happiness around them.

Florencio had a passion for farm animals and had special skills with horses. One of his many accomplishments was in his 50s training a Mustang horse that he named Jimmy. Not only did he train Jimmy for riding, but he also taught the horse how to dance!

Everyone who came across Florencio and got to know him was probably fed by him. He loved to feed people and it was almost impossible to say no to him. His specialties were carnitas and birria. He was a strong, generous man who will be deeply missed. 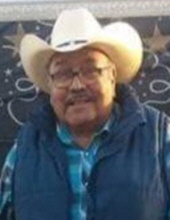