Howard Gerhardt Kruse was born April 27, 1936 to Henry and Freda (Meyer) Kruse in Mapleton, Iowa. He graduated from Danbury High School in 1954, and joined the Army. He was stationed at Fort McClellan in Anniston, Alabama where he met his wife, Naomi Cherry. They were married on February 7, 1958. They returned to Mapleton where they resided on the family farm for 43 years before moving into Mapleton.

Howard continued to be a farmer in many ways until Parkinsons slowed him down and forced his retirement in 2017. He was an active member of the Loren Hollister Post No. 496 of the American Legion of Mapleton. He served as treasurer for many years.

Howard was a life-long member of St. Matthew Lutheran Church of Mapleton. He enjoyed farming, camping, fishing and raising his children, grandchildren and great grandchild, Kyler.

He was preceded in death by his wife, Naomi and infant son, Mark; his parents, Henry and Freda; his brothers, Marvin and Ralph and his sister Mahela (George) Wendt.

Special thanks to the staff at Mapleton Heights for their compassionate and thoughtful care.

Memorials may be made in Howard and Naomi Kruses name to:
American Parkinson Disease Association
ALS Foundation for Life 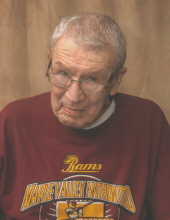