Services will be 2 p.m. Saturday at Moorhead Christian Church in Moorhead, Iowa, with the Rev. Mike Brown officiating. Burial will be in Jordan Cemetery, rural Soldier. Visitation will be 5 to 8 p.m. Friday, with a prayer service at 7 p.m., at the church. Arrangements are under the direction of Rush Family Care Service in Onawa, Iowa.

Norman Richard Queen was born on Jan. 7, 1935, in Whiting, Iowa, the son of Howard and Dorothy (Clark) Queen. He grew up near Soldier and graduated from Soldier High School in 1953. He attended farm school for two years.

Norman was a lifelong farmer who loved the beautiful land, horses, and cattle. He also enjoyed deer hunting after the harvest in the fall. He was a member of Moorhead Christian Church, and also served nine years on the East Monona School Board. Norman loved all of his family, especially the love of his life, Joyce.

He was preceded in death by his parents, Howard and Dorothy; a grandson, Jacob Norman Queen; and son-in-law, Ed Bell. 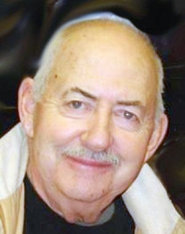