Raymond Dean Hitchcock was born October 7, 1932 in Polk County, Iowa to Orval Hitchcock and Nellie Jane (Nelson) Hitchcock. He passed away on Tuesday, December 29, 2020 at Madison County Memorial Hospital at the age of 88.

He lived in Iowa his whole life and was united in marriage to the late Sharon Stokke. To this union were born four children, Cheryl, Merrill, Randal and Michael.

In 1978, he was united in marriage to Rae Ann Beard Hartley. Raymond and Rae Ann lived in Winterset where Ray was most recently engaged in farming and dealing with antique furniture and glassware. In his earlier years, Ray was a purchasing agent for Ford and also started Hitchcock Manufacturing where he built hay equipment. He also served on the REC Board and the CIPCO Board for approximately 25 years.

A private graveside service will be held in the spring at White Oak Cemetery near White Oak, IA. 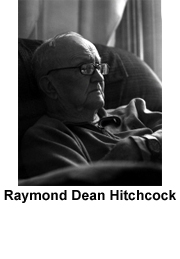