Ferne lived on the farm while rearing her family for 34 years. Ferne had several jobs over the years including: working at Off Broadway Grill in high school and Philco after graduation. She owned her own business of interior/exterior painting and wall papering. Ferne became a Realtor and opened a successful Real estate office with her husband called Wickliff Real Estate from 1984 thru retirement. 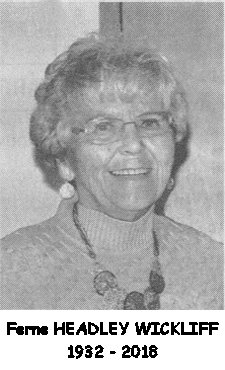