Funeral service will be 11:00 am, Monday, November 20, 2017, at First Lutheran Church with Pastor Greg Friedrich officiating. Burial will be at Memorial Lawn Cemetery.

Rex lived in Jefferson County all his life. He was a dairy farmer and worked at Loudens as a supervisor for 25 years when he retired in 1982. Rex was a member of Odd Fellows, Farm Bureau and Soil Conservation where he served as Iowa State Commissioner in 1987. He sold Archer oil, enjoyed square dancing and neighborhood parties. Rex was a member of the First Lutheran Church.

He was preceded in death by his parents, Warren and Bernice; 1st wife, Evelyn; one daughter, Angie FRIES; 2nd wife, Lucille; and one brother, Glenn.

Note: Rex's first wife Evelyn, with whom he is buried, is in Lot Devotion B 86, space 4, at Memorial Lawn Cemetery in Fairfield. His second wife Lucille was buried in Spencer Cemetery in Stockport, Van Buren Co., IA, with her first husband, William Dwane GIBERSON. 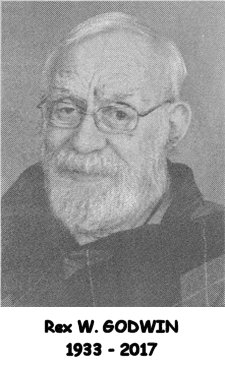