The funeral will be 1:30 p.m. Monday at Foursquare Church in Fairfield, with the Rev. Matt Cowl officiating. Interment will be at Evergreen Cemetery in Fairfield.

The family will receive friends 2-4 p.m. Sunday at Foursquare Church.

A lifetime resident of Fairfield, Mr. CALHOUN worked for The Dexter Company in Fairfield for 43 years.

He was preceded in death by: his parents; one brother, John; and four sisters, Betty BAILEY, Mildred FITZWATER, Mary Lee STEWART and Ellen CALHOUN.

A Fairfield man is dead after a vehicle-pedestrian accident that occurred around 7 p.m. Wednesday at the intersection of Ninth Street and Burlington Avenue.

Fairfield Police Officers were initially called to the scene of the accident where Thomas CALHOUN, 71, of Fairfield, was struck by 28-year-old Bryce Edmonds, also of Fairfield.

Jefferson County Sheriff's deputies were also on the scene.

According to the Iowa State Patrol crash report, Edmonds was traveling westbound on Burlington Avenue at North Ninth Street, when CALHOUN crossed into the intersection.

Edmonds, who was driving a 2013 Ford Fusion, struck CALHOUN in the crosswalk. The vehicle came to rest on the north side of Burlington Avenue, just west of Ninth Street.

According to the Fairfield police report, CALHOUN was found dead at the scene. Midwest Ambulance transported him to the Jefferson County Health Center.

The Iowa State Patrol continues to investigate the accident.

The Ledger will report updates on this case as information becomes available. 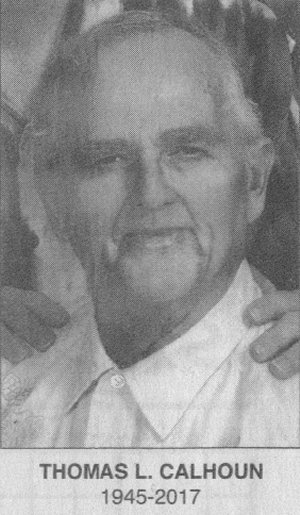